×
You are here: Home / Test Kitchen / Empanada dough for frying test kitchen round 1 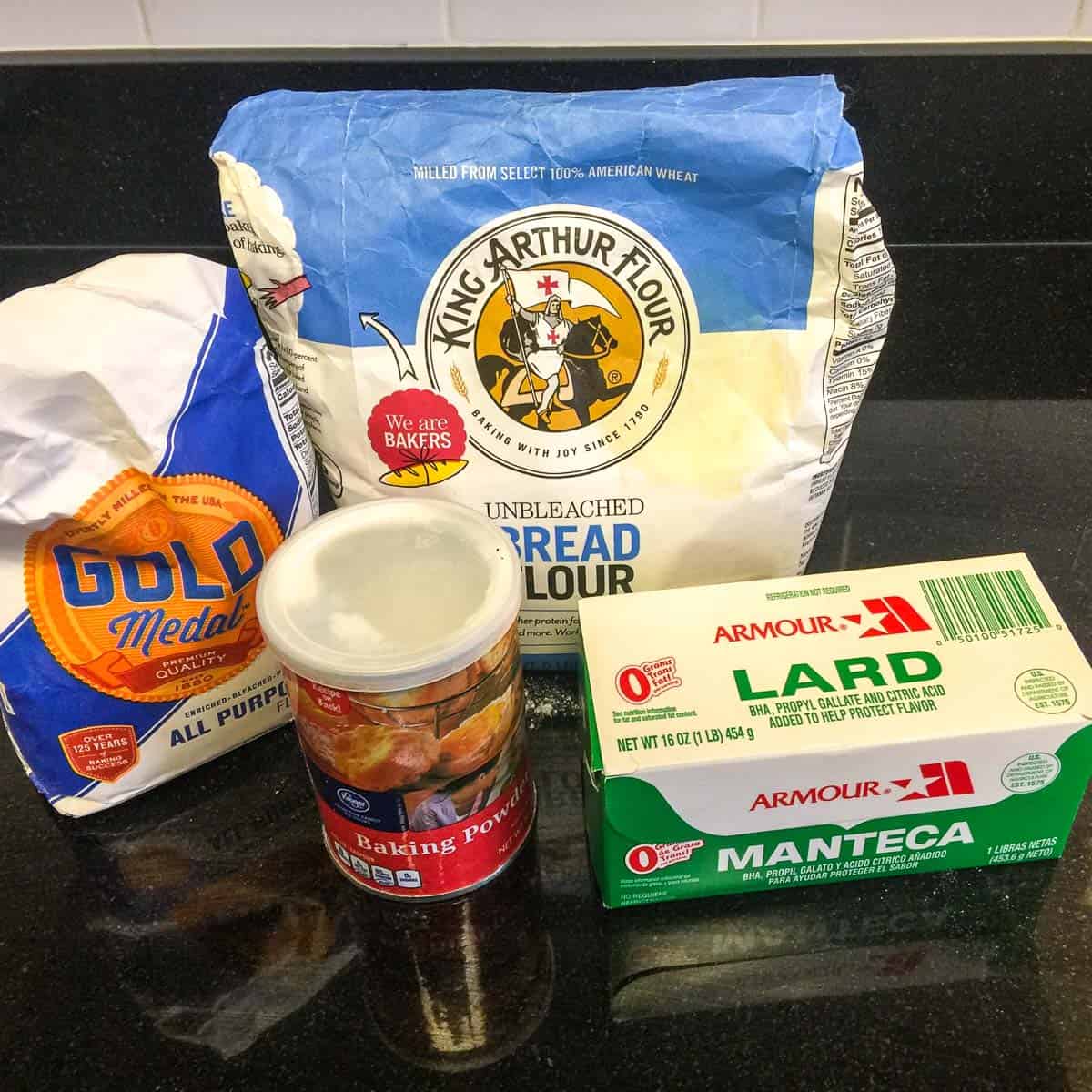 My quest for a perfect empanada dough recipe

Empanada dough for frying makes one of the best hand pies around. They can be sweet or savory and are a great snack or meal depending on how hungry you are.

How to make empanada dough

Since this is the first round of testing, I'm working through the process to find the best flour for empanadas. I split the flour portion into 70% all-purpose flour and 30% bread flour. I added baking powder, salt, sugar, and lard. For the liquid portion, I used water, white wine, and 1 egg; adjusting for various liquid amounts.

I added everything to the mixer and started incorporating it. When I added the liquid, it was too wet so I added more all-purpose flour until it had a more dough-like consistency. I think this is where the problem is. I was gauging my dough on pasta dough, then quickly realized it wouldn’t work properly so I stopped when I felt the empanada dough was still moist but not sticky. Now it was time to rest while I prepared my filling.

The filling was a bit easier because it was like taco meat. I was using ground beef, chili powder, cumin, oregano, salt, garlic, shallot, and vinegar.

The filling was simple enough and not really involved. I browned the meat and set it aside; drained the beef fat except for 2 tablespoons. I added the garlic, shallots, and spices to the fat cooking everything for a couple of minutes. Then I added the beef back into the pan with the spices, added the vinegar, and a touch of water. I let this simmer for about 5 minutes. I set it aside so I could roll out the dough.

Here’s where I realized things were a little “off.” I split the dough in half and ran it through the pasta machine. Uh, no go. The dough was too moist and wouldn’t go through cleanly so the only option was to roll it out by hand.

I rolled out the dough to about ⅛ of an inch, cut circles using the largest ring mold and began filling. These were going to be tapas-sized empanadas which meant you could get about 2-3 bites from each. As I was spooning the filling into my dough discs, I realized that the filling was too dry.

So basically, my dough seemed too wet and my filling was too dry. I could imagine everyone eating these and beef filling would fall out everywhere. Then it dawned on me. The tomato paste. That is what would have stopped the dryness.

Mental note made. Next time use the paste.

I heated the oil to 350° and I started frying. Immediately I realized that the dough wasn’t rolled out thin enough and the empanadas were puffing up too much. A few of them lost their seal and opened but luckily nothing fell out.

I taste-tested one and while they were delicious, the dough was thicker than I wanted. My goal was to create a flakey empanada dough recipe.

Now that I have the filling issue figured out, I can now focus on my dough recipe. Round 2 is coming. By the way, I never got around to making that chimichurri sauce…

In the meantime, here are the 2 sites I was referring to: dough for baking and dough for frying or if you want to know even more see the Empanada 101 Guide.